Home > They made history> AKARI Lamp
Are you an Amazon customer? Pay now with address and payment details stored in your Amazon account. 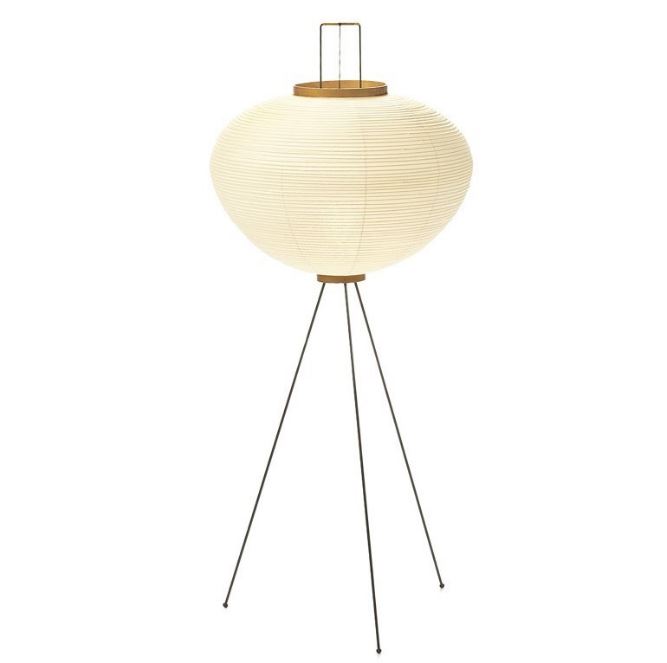 Isamu Noguchi was a big name in architecture, furniture and decoration. A Japanese-American, he was born in Los Angeles in the USA but lived in Japan until he was thirteen. He studied in Indiana and applied for a medicine programme at Columbia University before becoming interested in sculpture. In 1926, he met Constantin Brâncuși and his artistic vision changed. Accompanying the designer to Paris, he worked in his studio to create his first designs. His work wasn't recognised in the USA until 1938, when he made a giant sculpture to symbolise Freedom of the Media for the Associated Press at the Rockefeller Center. After the Japanese attack on Pearl Harbor, he was temporarily imprisoned before being able to return to the design world. Noguchi opened his own company, MacDougal, in Greenwich Village in 1942.

On the question of design, Isamu Noguchi simply states that "everything is sculpture." His works juggle originality, emotion and creativity in simple, unique shapes. They bring an order to the space they are in. Set between Henri Moore's abstraction and Leonardo da Vinci's realism, he provides infinite inspiration to others.

Isamu Noguchi, the will and originality:

Isamau Noguchi created several stone busts as well as furniture and ornamental lamps. He is also recognised for his work on the Peace Memorial at Hiroshima in Japan.

However, the Akari Lamp remains one of his most notable works. Made of paper and held together with silk threads, a steel leg can be placed on the ground to support its body. Light is diffused through the paper and creates a warm and unique atmosphere.

Noguchi's mark can also be found on several furniture collections. He presented a series of tables that were both simple and innovative. With geometrical feet, they are made of high-quality glass.

Use of Noguchi's products makes any home tasteful and original. His lamps fill every corner of the house with their customisable lights, whether they are stood on the floor or hung from the ceiling. Furniture under this banner will bring a touch of elegance to any home.

Items by Isamu Noguchi can be found on his site as well as in specialist online shops.