Home Blog> The History of the Chair
Are you an Amazon customer? Pay now with address and payment details stored in your Amazon account.

The History of the Chair

Pull up a chair. And take a good look at it. It forms our bodies. It shapes our thinking. It's one of the first technologies an American or European child encounters. No sooner has a child been weaned than it learns to eat in an elevated model. And even before, it is (by law) strapped into a special molded minichair for automobile transportation, and indeed is sometimes carried by hand in the same little seat. At school, the chair is one of the most common objects in the classroom and among the first words a child learns to read and write. 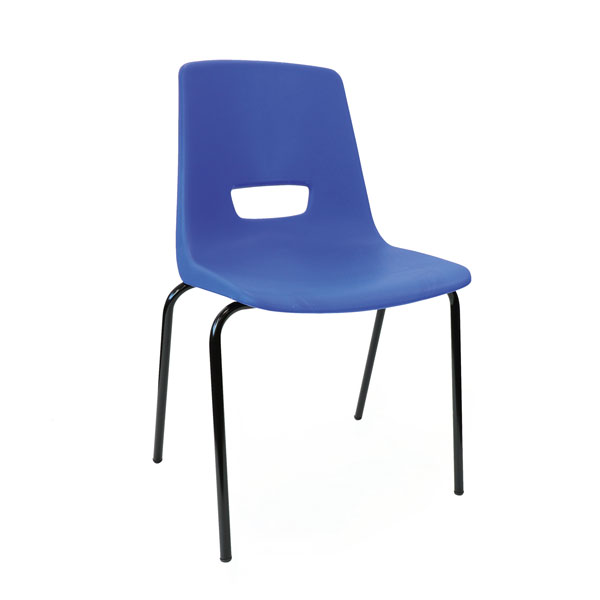 One of the first challenges we have in life is learning to sit on a chair.

Yes, chairs are in every sense fundamental to us. With their humbler cousins, the stools and benches, they have been with us for millennia. Curiously, though, they are neither essential nor especially healthful even in industrial and postindustrial societies—even if a few activities probably do demand them. Until recently, the majority of the world's people rarely used chairs, and many still do not. Yet chairs have spread inexorably around the world, occasionally promoted deliberately by Western rule or influence but more often spontaneously adopted. The change has been one of the most thoroughgoing and apparently irreversible in the history of material culture.

Where does the word chair come from?

The word chair comes from the early 13th-century English word chaere, from Old French chaiere (meaning chair, seat, throne), from Latin cathedra (seat). It is the Latin word for chair (cathedra), which forms our word for cathedrals. This is because cathedrals are where the bishops have seats.

To think that Lincoln Cathedral takes it's name from the chair is pretty amazing.

The early history of the chair

The chair has been used since antiquity, although for many centuries it was a symbolic article of state and dignity rather than an article for ordinary use. "The chair" is still used as the emblem of authority in the House of Commons in the United Kingdom and Canada, and in many other settings. In keeping with this historical connotation of the "chair" as the symbol of authority, committees, boards of directors, and academic departments all have a 'chairman' or 'chair'. Endowed professorships are referred to as chairs. It was not until the 16th century that chairs became common. Until then, people sat on chests, benches, and stools, which were the ordinary seats of everyday life. The number of chairs which have survived from an earlier date is exceedingly limited; most examples are of ecclesiastical, seigneurial or feudal origin.

Chairs were in existence since at least the Early Dynastic Period of Egypt (c. 3100 BC). They were covered with cloth or leather, were made of carved wood, and were much lower than today's chairs – chair seats were sometimes only 10 inches high. In ancient Egypt chairs appear to have been of great richness and splendor. Fashioned of ebony and ivory, or of carved and gilded wood, they were covered with costly materials, magnificent patterns and supported upon representations of the legs of beasts or the figures of captives. Generally speaking, the higher ranked an individual was, the taller and more sumptuous was the chair he sat on and the greater the honor. On state occasions the pharaoh sat on a throne, often with a little footstool in front of it. 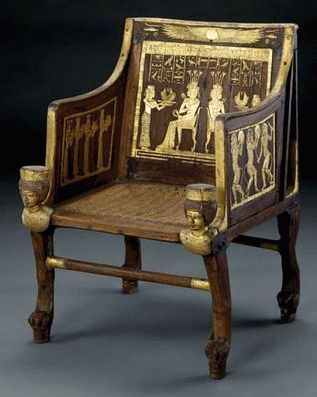 A chair recovered from the tomb of Tutankhamun, chairs were a sign of wealth and class in Acient Egypt.

The average Egyptian family rarely had chairs, and if they did, it was usually only the master of the household who sat on a chair. Among the better off, the chairs might be painted to look like the ornate inlaid and carved chairs of the rich, but the craftsmanship was usually poor.

The earliest images of chairs in China are from sixth-century Buddhist murals and stele, but the practice of sitting in chairs at that time was rare. It wasn't until the twelfth century that chairs became widespread in China. Scholars disagree on the reasons for the adoption of the chair. The most common theories are that the chair was an outgrowth of indigenous Chinese furniture, that it evolved from a camp stool imported from Central Asia, that it was introduced to China by Christian missionaries in the seventh century, and that the chair came to China from India as a form of Buddhist monastic furniture. In modern China, unlike Korea or Japan, it is no longer common to sit at floor level.

The Renaissance and modern history of the chair

In Europe, it was owing in great measure to the Renaissance that the chair ceased to be a privilege of state and became a standard item of furniture for anyone who could afford to buy it. Once the idea of privilege faded the chair speedily came into general use. Almost at once the chair began to change every few years to reflect the fashions of the day.

In the 1880s, chairs became more common in American households and usually there was a chair provided for every family member to sit down to dinner. By the 1830s, factory-manufactured “fancy chairs” like those by Sears. Roebuck, and Co. allowed families to purchase machined sets. With the Industrial Revolution, chairs became much more available.

The 20th century saw an increasing use of technology in chair construction with such things as all-metal folding chairs, metal-legged chairs, the Slumber Chair, moulded plastic chairs and ergonomic chairs. The recliner became a popular form, at least in part due to radio and television. 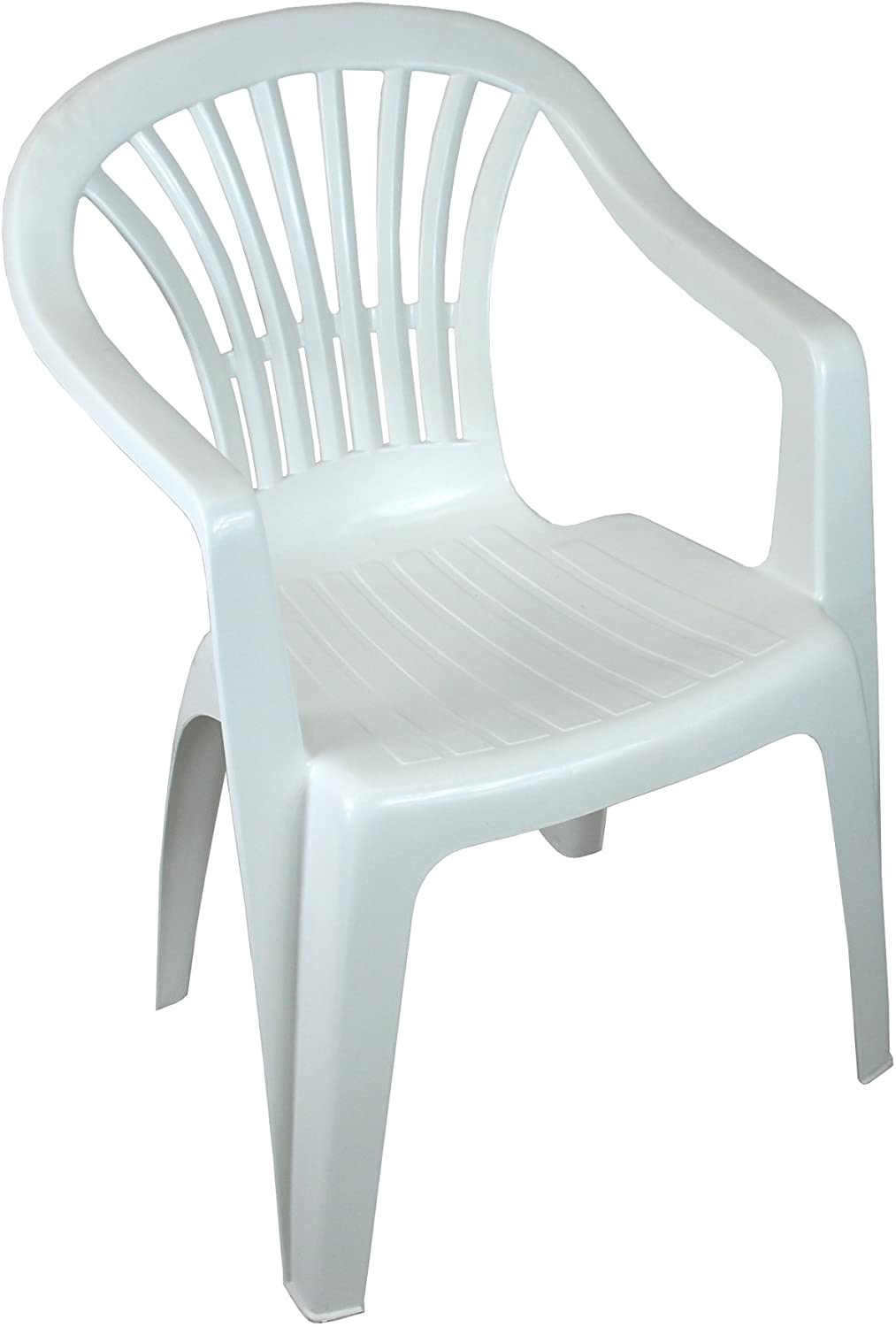 Plastic garden chairs have been a staple in England for half a century.

The modern movement of the 1960s produced new forms of chairs: the butterfly chair (originally called the Hardoy chair), bean bags, and the egg-shaped pod chair that turns. It also introduced the first mass-produced plastic chairs such as the Bofinger chair in 1966. Technological advances led to molded plywood and wood laminate chairs, as well as chairs made of leather or polymers. Mechanical technology incorporated into the chair enabled adjustable chairs, especially for office use. Motors embedded in the chair resulted in massage chairs.

Thousands of years of history have brought you to this moment. Our chairs are shaped by the history before us. Take a look at our bestsellers below:

1. When was the first chair invented?

Chairs have existed since 3100 B.C. There may have been earlier examples, but this is the first evidence we have of a chair.

2. Where were chairs invented?

We believe that chairs were invented in Ancient Egypt. They were made of wood, and covered with either cloth or leather.

For more interior inspiration, have a look at our social media accounts and keep up to date with the latest trends  . 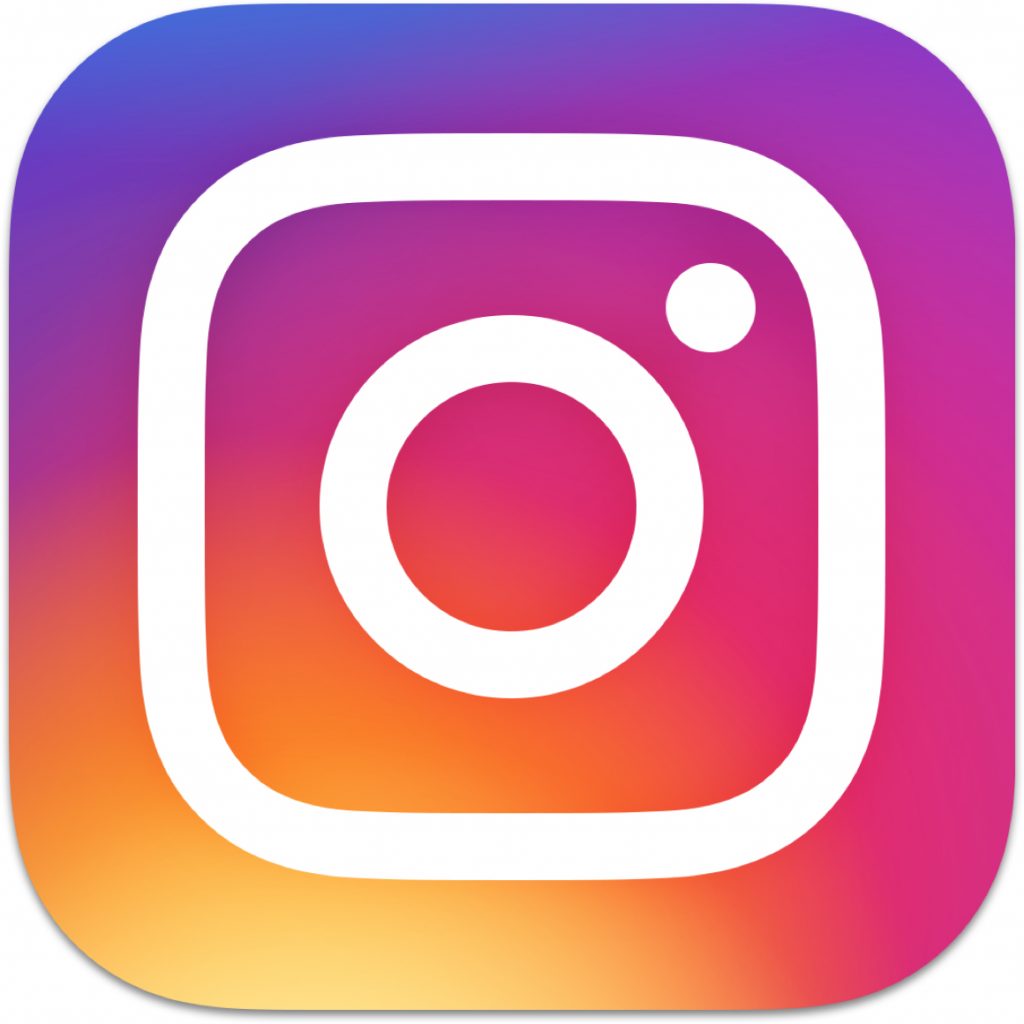