Home > They made history> Watches
Are you an Amazon customer? Pay now with address and payment details stored in your Amazon account.

Philippe Starck is a French designer and architect. Born in Paris in 1949, he designs both industrial and consumer goods. Son of a designer, he found his calling when he was young and worked with a variety of designers, companies, ecologists, town planners, book publishers and others. In 2011, he created a series of watches in association with Fossil. They quickly became a big hit. 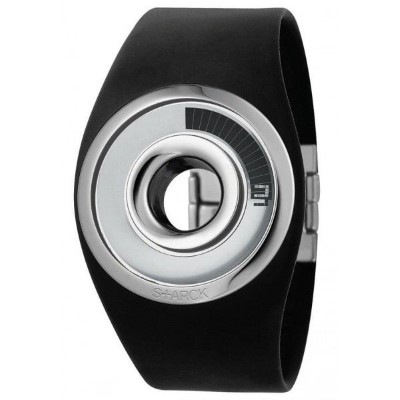 Watches of the future:

After having found fame with other creations, Philippe Starck decided to launch a series of watches in his own name. The Fossil brand became his partner for this collection, which is primarily intended for men but includes a few models for women. These watches have a minimalist, luxury style in keeping with the designer's tastes. Starck aims toward simplicity with this product but also enjoys adding futuristic elements. Watches generally have geometrical forms. Straps can be in steel, resin, leather or polyurethane. The big peculiarity is the specificity of the dials. No mysteries are left amongst analogue and quartz. Available in stylish black, grey or chrome, these jewels for the wrist will go with any look.

Philippe Starck's watches are truly exceptional. They adapt to anyone's taste. It is also a passkey watch.