Home > They made history> Architecture
Are you an Amazon customer? Pay now with address and payment details stored in your Amazon account.

Josef Hoffmann is a mythical figure in the world of architecture who also distinguished himself in decoration and applied arts.

Josef Hoffmann was born in Moravia (now part of the Czech Republic) in December 1870 and died in Austria in 1956. His passion for architecture began in his early childhood and made him one of the most popular names in 20th Century design. He studied in Austria before moving to Italy, where he began refining his skills. Before that, he taught applied arts as well as setting up a Viennese studio with Koloman Moser. Despite his main vocation being exhibition architecture, he also had passion for other arts and developed his talents and fame across several fields. At the beginning of the 20th Century, architecture was still his main focus. 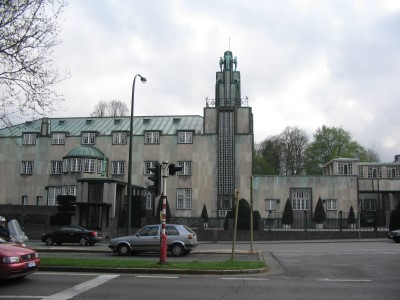 Josef Hoffmann was an exceptional architect who mixed architecture with design. He reflected the conciseness of Austrian art, a field he dominated. His work was perfected with his combination of Art Noveau and other styles. Artists including Robert Mallet-Stevens and Jacques-Emile Ruhlmann used him as an influence. Indeed, they consider him an essential figure of modern art.  Along with other artists, including Gustav Klimt and Josef Olbrich, his preference for geometric forms helped found the Vienna Secession. As time went on, he made way for precise shapes such as squares and rectangles without neglecting curves and other styles. Fritz von Uhde and Wilhelm Trübner, his German precursors, helped make this particular form of art known. He received international gratitude for creating his own definition of art and for being avant-garde in his designs.

Creations such as the Kubus Armchair in 1910 helped make Josef Hoffman famous. This chair had a wooden frame covered in leather and geometrical lines that translated the artist's style. Formed primarily of squares and cubes, this unusual but effective shape earned its creator the nickname Quadrati-Hoffmann (Square-Hoffmann). Other items that contributed to Hoffmann's reputation included the Kubus Stool, similar to the armchair but in an oblong shape and with a soft interior under the leather cover.

Josef Hoffmann knew how to impose his style. All of his designs shows authority and he has inspired several other world-famous creators. His creations manage to be both simple and sophisticated. Along with his diverse use of materials, this paradox brings an element of surprise to Hoffmann's designs.